Frontex annouced that a decision has been signed to extend the RABITs Joint Operation 2010 in Greece until March 2011. The RABIT Teams have been deployed at the Greek-Turkish land border since the 2nd of November and initially were to stay for two month.

Besides the European Commission provides an additional package of €9.8 million to Greece for further technical support on asylum and border issues.

In total, 175 border-control specialists have been made available by the 26 Member States and Schengen-Associated Countries participating in the first ever RABIT deployment.

The assets made available from Member States’ commitments to Frontex’s Centralised Record of Available Technical Equipment (CRATE) are as follows: 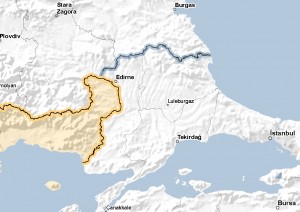